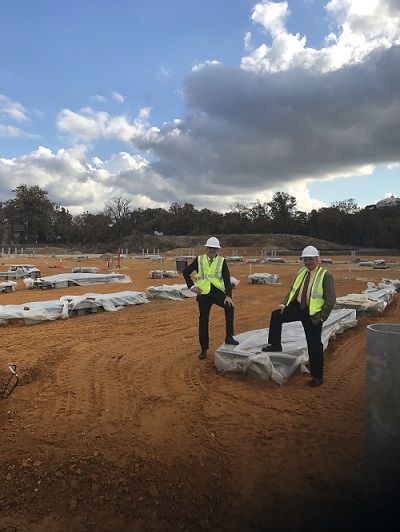 The need is pressing. Here’s why: the American Society of Civil Engineers recently gave America a “D+” rating in terms of infrastructure, citing dilapidated roadways, insufficient waterways and "a pressing need for modernization." The group estimates $3.6 trillion would need to be invested into U.S. infrastructure by 2020 just to raise the country's support systems to acceptable levels.

The initial plan from President-elect Trump’s 10-year infrastructure proposal will cost $1 trillion, but according to a November 11, 2016, Wall Street Journal article, the president-elect hasn’t specified the source of the funds. That said, the president-elect has vowed that his infrastructure proposal will create “millions” of jobs, likening it to Dwight Eisenhower’s creation of the interstate highway system. Stertil-Koni President, Dr. Jean DellAmore, noted “The stakes are indeed high, but overall if the program is implemented, it will result in a big win for American business and American workers. The reason is clear: It will spur jobs and manufacturing in multiple regions of the country, including the Rustbelt.”

According to Donald J. Trump website, as president, he hopes to:

For its part, Stertil-Koni embraces the plan.

“This is an investment in America. Fresh starts are the ideal time to bring on change. I call on the new
administration to focus on infrastructure and transportation. In welcoming the President-elect and new
House and Senate members, Stertil-Koni urges them to focus on investment in the United States
infrastructure,” concluded DellAmore. “This could be a big win for all Americans.”

Stertil-Koni, a brand of the Stertil Group, is the global market leader in heavy duty vehicle lifts – bus lifts
and truck lifts – and is the preferred supplier to the world’s leading companies in the truck and bus
industries. Stertil-Koni's breadth of products meets all ranges of lifting needs and includes mobile
column lifts, two-post, four-post, in-ground piston lifts, platform lifts, half-scissors and its innovative
axle-engaging, in-ground, scissor lift configuration, ECOLIFT. The DIAMOND LIFT is now available in a
“frame” version, engineered specifically for concrete foundations and ideal for replacement situations.
Stertil-Koni USA is headquartered in Stevensville, Maryland. Stertil-Koni has production facilities in
Europe, in The Netherlands, and in the USA in Streator, Illinois.
.