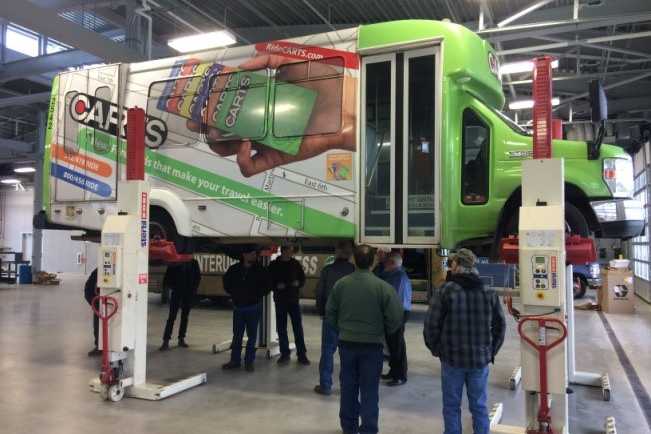 The demands of the job were compelling and required the very best in heavy duty vehicle lifts. Here’s what’s at stake:

The demands of the job

CARTS plays a fundamental role in serving 1.9 million citizens in nine counties that fall within its transport district in and around Austin. The region is expansive – 7,200 square miles – and the transit system provides a variety of passenger transportation services, including public buses, Greyhound buses, non-emergency medical transportation, as well as connections to the intercity bus network and the city metro services.

Making the assignment even more challenging, its fleet is quite varied – consisting of 150 light and heavy duty vehicles, including cars, vans, shuttle buses and large transit buses that run day and night and average about 3 million miles annually.

PSI knew that downtime in the CARTS maintenance facility was not an option. Additionally, it was clear that the transit system wanted an open layout with built-in flexibility and mobility, especially important given the broad range of vehicles to be serviced and large number of vehicle bays.

To address the requirements, CARTS purchased 16 Stertil-Koni mobile columns and 28 of the company’s jack stands – all designed to take its shop to the next level for maintaining its diverse fleet of vehicles. 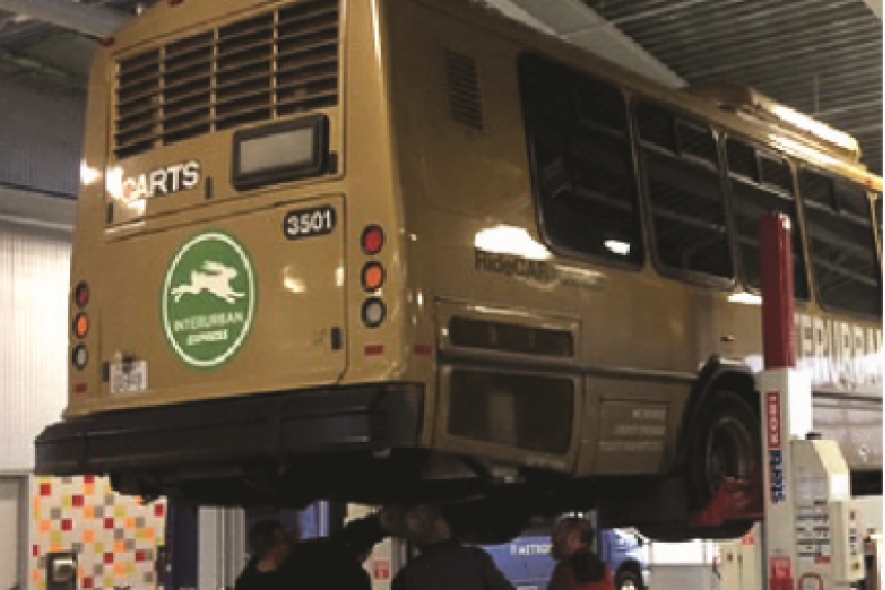 The Stertil-Koni mobile column lifts feature state-of-the-art hydraulic technology and are manufactured with high quality, high tensile DOMEX steel for maximum strength. The lifts deliver fast lifting and lowering with a mechanical locking system for added safety that starts at just 5 inches above floor height and continues up the entire length of the lift every 1 3/8th inches.

The net result is that the Stertil-Koni mobile columns deliver an ideal solution to CARTS. They are heavy duty, synchronized, durable, time-tested and indeed mobile. Plus, the Jack Stands are perfect for vehicles that need to stay elevated when they are serviced and also free up the mobile column lifts for use with other vehicles.

Noted Dr. Jean DellAmore, President of Stertil-Koni USA, “Maximizing shop performance while  minimizing, or even eliminating downtime, coupled with providing advanced safety features is crucial to the transit industry environment. With public transportation playing such a vital role in the lives of so many people, many of whom depend on transportation systems like CARTS every day, we are pleased to play an important role in keeping everything up to speed.”

PSI Made it happen 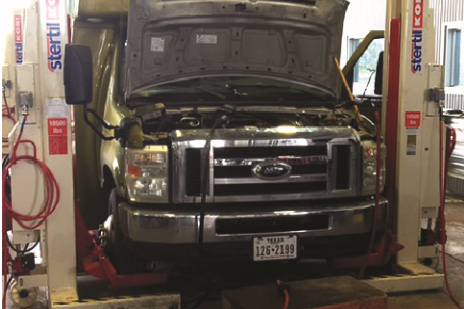 Making it all happen was Petroleum Solutions, Inc., one of the Stertil-Koni distributors for Texas. PSI took care of the installation and training associated with the lifts purchased by CARTS. Tom Grantham, the Director of VMC, CARTS, noted, “PSI delivered quickly and had our equipment up and running in no time and even provided training to our staff on lifting equipment operation. All repair and service needs since that time have been taken care of, above and beyond expectations.”

Sounds like a great plan and terrific team in action.

Stertil-Koni, a brand of the Stertil Group, is the global market leader in heavy duty vehicle lifts – bus lifts and truck lifts – and is the preferred supplier to the world’s leading companies in the truck and bus industries. Stertil-Koni's breadth of products meets all ranges of lifting needs and includes mobile column lifts, two-post, four-post, in-ground piston lifts, platform lifts, half-scissors and its innovative axle-engaging, in-ground, scissor lift configuration, ECOLIFT. The DIAMOND LIFT is now also available in a “frame” version, engineered specifically for concrete foundations and ideal for replacement situations. Stertil-Koni USA is headquartered in Stevensville, Maryland and is the official sponsor of National Lift Week, which takes place October 3-8 in 2016. Stertil-Koni has production facilities in Europe, in The Netherlands, and in the USA in Streator, Illinois.

Petroleum Solutions, Inc. is the largest leading distributor and service provider of petroleum equipment for retail and commercial sites throughout Texas. PSI has experience and expertise in numerous areas including design and layout consultation, in-house construction and compliance consulting. PSI Automotive can handle complete automotive shop needs, from lifts to lubrication and reel systems.