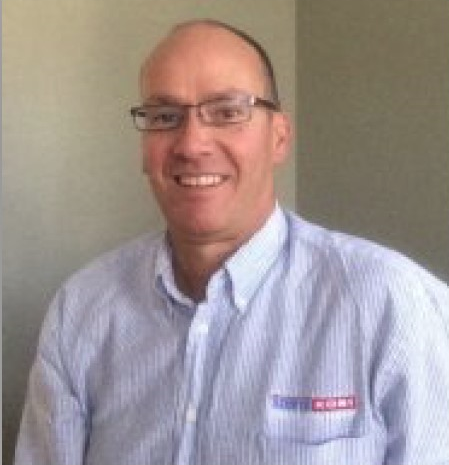 Stevensville, MD, April 27, 2016  -- Heavy duty vehicle lift leader Stertil-Koni has just announced that it has expanded its exclusive distributor network recently with the addition of City Lift & Lube, based in Rochester, NY.

The fit is a particularly good one for both companies.

City Lift & Lube concentrates on heavy duty vehicle lifts and bulk lubrication systems. In addition, its president, Chuck Bauerschmidt, has extensive experience in major construction projects, excavation, and concrete foundations. What’s more, Bauerschmidt has previously completed complex installation projects for Stertil-Koni and has been hands-on with a broad range of its vehicle lifting systems, including the ECOLIFT, SKYLIFT and DIAMOND LIFT. Bauerschmidt’s company, now in its 14th year of business, will service customers from Buffalo to Syracuse, from Syracuse north to the Canadian border, and south to the Pennsylvania border.

For its part, Stertil-Koni has experienced tremendous growth over the past few years in its in-ground, heavy duty vehicle lifting systems – notably in-ground scissors, platform and piston lifts. These projects typically require substantial expertise in excavating, construction, pouring concrete foundations, preparing electrical systems and more. As the company’s president, Dr. Jean DellAmore, noted, “Stertil-Koni distributors are an elite team, and City Lift & Lube is a welcome addition to our network. Its extensive market and product knowledge, combined with a keen focus on customer support, constitute a real win-win for Chuck’s company, Stertil-Koni and our customers.”

Added Bauerschmidt, “Stertil-Koni’s heavy duty vehicle lifts have clearly earned the top leadership position in our industry. That’s why we are so excited to help present them to our regional marketplace. Here, we work with school districts, cities, counties, towns and transit authorities on a daily basis – all of whom are prime customers for Stertil-Koni lifts.”

Bauerschmidt, who lives in the Rochester, New York area, is an avid sailor who has competed in major sailing events in the U.S., Canada and Europe. He has participated in numerous Olympic trials and won a world championship in 1989. He and his wife have been married 24 years, and the couple has three daughters.

Stertil-Koni, a brand of the Stertil Group, is the global market leader in heavy duty vehicle lifts – bus lifts and truck lifts – and is the preferred supplier to the world’s leading companies in the truck and bus industries. Stertil-Koni's breadth of products meets all ranges of lifting needs and includes mobile column lifts, two-post, four-post, in-ground piston lifts, platform lifts, half-scissors and its innovative axle-engaging, in-ground, scissor lift configuration, ECOLIFT. Stertil-Koni is also installing DIAMOND LIFT across North America, a full rise telescopic piston lift designed to set new standards in precision heavy duty lifting. The DIAMOND LIFT is now also available in a “frame,” version, engineered specifically for concrete foundations and ideal for replacement situations. Stertil-Koni USA is headquartered in Stevensville, Maryland. Stertil-Koni has production facilities in Europe, in The Netherlands, and in the USA in Streator, Illinois.