Di Domenico will appear at the Stertil-Koni booth #10527 (North Hall) at the annual automotive trade show in the Las Vegas Convention Center, 3150 Paradise Road, November 2 -3, giving a final "lift" to lend some excitement to the presidential campaign one week prior to the general election. 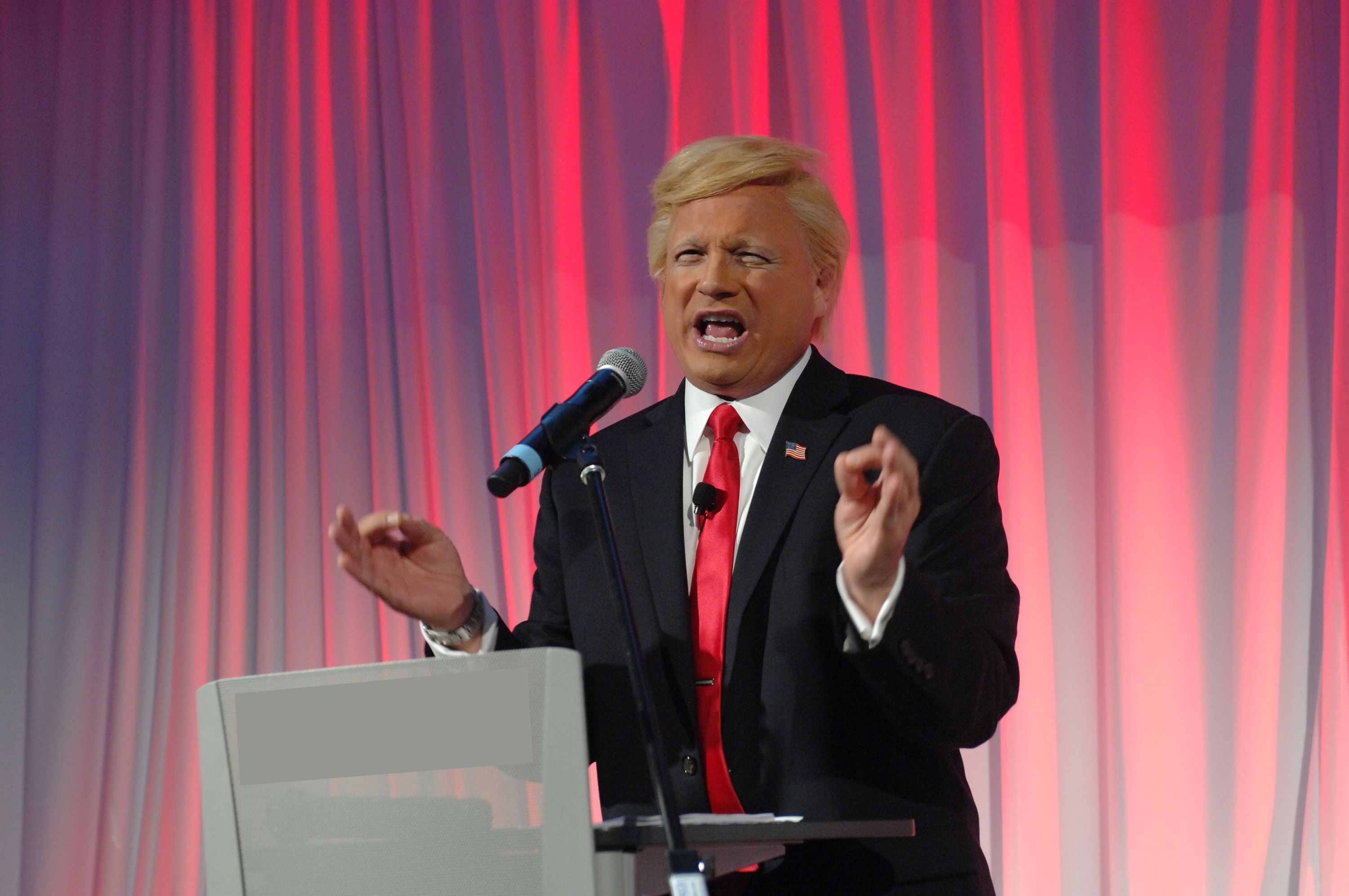 Di Domenico has been delighting fans of all political affiliations for many years with his “oh my goodness, he is amazing,” likeness of the actual live candidate. With one of the most passionately contested elections in American history in the balance, Di Domenico's persona will visit Trump’s beloved Las Vegas and the SEMA Show, where ingenuity, fresh products and winning is the norm.

The Trump impersonator has made a career out of analyzing the presidential candidate and reality show mogul's voice and character: “I've got the hottest brand in the world,” Di Domenico says, and the results prove it. Di Domenico has been featured on CNN, Conan O’Brien, Fox News, and is a popular draw at corporate events.

Stertil-Koni has one keyword for the event: “Fantastic!” The world’s most talked about “presidential candidate” impersonator will step up to the podium at Stertil-Koni’s booth #10527 in the North Hall, replete with a faux Presidential Seal and framed by two (not one) American flags. Di Domenico will be available for photographs after his remarks. Show attendees will be shocked, amused and delighted by the actor’s portrayal of one of America’s most  colorful characters.

“In the midst of a serious presidential election, we have brought the very likeness of the self-proclaimed winner to lift our spirits at the SEMA Show. If you see John Di Domenico, you'd think you were listening to ‘The Donald,’” notes Stertil-Koni President, Dr. Jean DellAmore. “Innovation, safety, and Stertil-Koni go hand-in-hand, but a jolt of fun can elevate the message.”

In related SEMA Show news, Stertil-Koni will unveil its newest mobile column lift, the ST 1064, which is a full-featured lifting system at a slightly lower capacity level (14,000 lbs. per column or 56,000 lbs. for a set of four) with a more attractive price point to match.

The ST 1064 is available in three models, and each is equipped with the latest in mobile column lifting technology, the ebright Smart Control System, as standard. It utilizes a 7-inch color monitor to present all relevant operating information at a glance and features a user-friendly touch pad to configure options such as language as well as an ID-Key to prevent unauthorized operation.

So, for some real heavy duty lifting, and pre-election fun, visit the Stertil-Koni booth #10527 in the North Hall and lift your spirits with an on-site demonstration by “Donald Trump,” as he raises the standards on heavy-duty vehicle lifts. Di Domenico will be available November 2 and 3, virtually every hour on the hour.

Stertil-Koni, a brand of the Stertil Group, is the global market leader in heavy duty vehicle lifts – bus lifts and truck lifts – and is the preferred supplier to the world’s leading companies in the truck and bus industries. Stertil-Koni's breadth of products meets all ranges of lifting needs and includes mobile column lifts, two-post, four-post, in-ground piston lifts, platform lifts, half-scissors and its innovative axle-engaging, in-ground, scissor lift configuration, ECOLIFT. The DIAMOND LIFT is now available in a “frame” version, engineered specifically for concrete foundations and ideal for replacement situations. Stertil-Koni USA is headquartered in Stevensville, Maryland. Stertil-Koni has production facilities in Europe, in The Netherlands, and in the USA in Streator, Illinois.