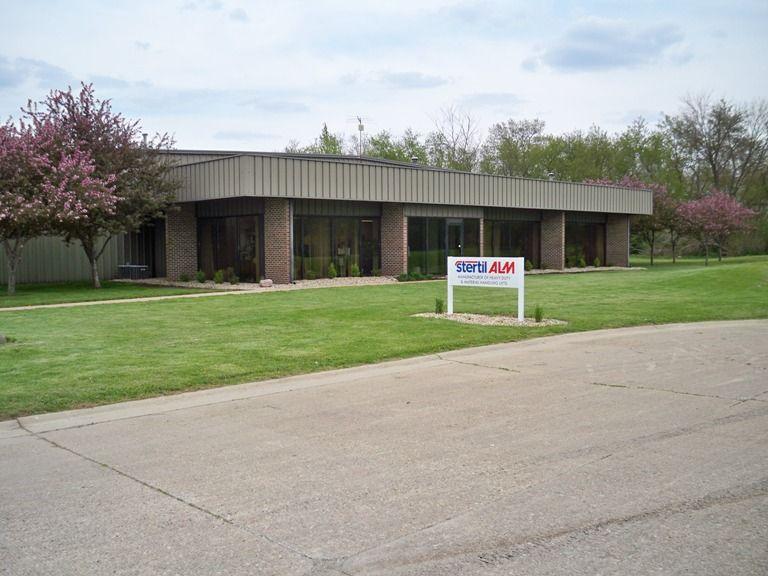 Commenting on the announcement, Streator Mayor Jimmie Lansford stated, “Stertil ALM is a major employer in Streator and the anticipated expansion is positive for the community.”

Stertil ALM intends to begin construction on the new parcel in the spring of 2015 and complete the expansion later in the year.  Allan Pavlick, Vice President of Stertil ALM stated, “The increased acreage and production space allows the company to keep all the operations under one roof.  The expansion will allow Stertil ALM to increase efficiency and productivity.  In addition to the growth in the North American market, Stertil ALM is exporting in-ground lift products worldwide.”

The additional manufacturing space will  primarily be dedicated to the fabrication and assembly of the Stertil-Koni DIAMOND LIFT, a full rise telescopic piston lift setting new standards in precision heavy duty lifting, and SKYLIFT—an “open floor” concept, true vertical-rise platform lift with no crossbeams,  no overhang and no base frame.

Stertil ALM, already a major employer in Streator, anticipates that the expansion will further contribute to job creation in the area.

The expansion also comes on the heels of several recent enhancements to the existing facility, including an additional 14,000 square feet of production space added in 2011, including a new training center.  In addition, it represents the next phase of a major capital investment at the facility and in the production of Stertil-Koni vehicle lifts.

Stertil-ALM also purchased and installed an additional CNC machining center and a high capacity overhead crane to its facility in 2014.

In making today’s announcement, Stertil-Koni USA Inc. president, Dr. Jean DellAmore, stated, “The expansion of our vehicle lift production facility in Streator is in direct response to the North American marketplace, which has embraced our broad range of heavy duty vehicle lifts and catapulted us to a leading position in the heavy duty lifting industry.”

Continued Dr. DellAmore, “We are particularly proud of our approach – one in which our engineers always begin with the customers in mind, and then build the very best vehicle lifting systems to meet all their requirements.  That’s why we call it ‘Freedom of Choice.’ ”

Stertil-Koni, a brand of the Stertil Group, is the global market leader in heavy duty vehicle lifts – bus lifts and truck lifts – and is the preferred supplier to the world’s leading companies in the truck and bus industries. Stertil-Koni's breadth of products meets all ranges of lifting needs and includes mobile column lifts, two-post, four-post, in-ground piston lifts, parallelogram lifts, half-scissors and its innovative axle-engaging, in-ground, scissor lift configuration, ECOLIFT. Stertil-Koni is also now installing DIAMOND LIFT across North America, a full rise telescopic piston lift designed to set new standards in precision heavy duty lifting. Stertil-Koni USA is headquartered in Stevensville, Maryland. Stertil-Koni has production facilities in Europe in The Netherlands, and in the USA in Streator, Illinois.