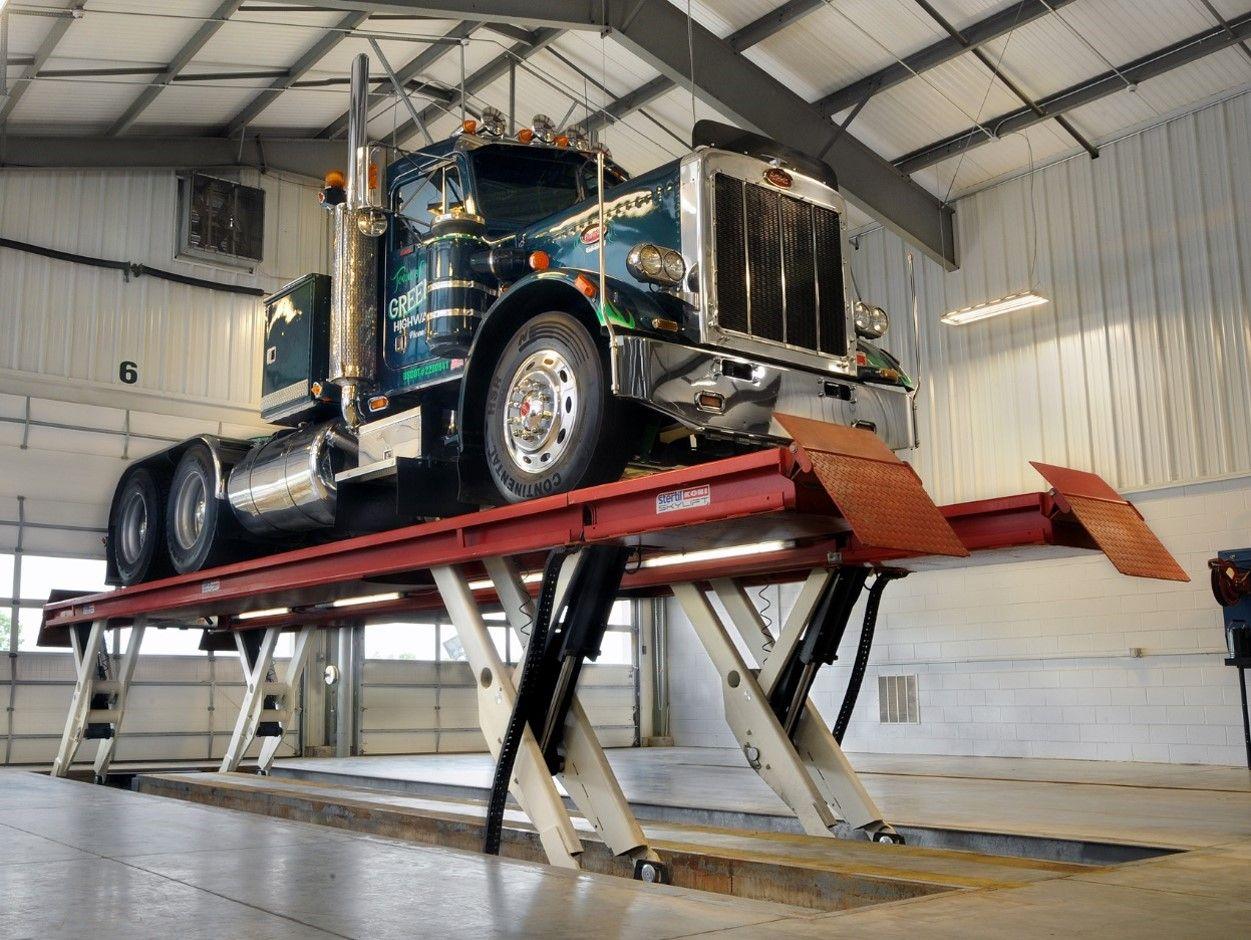 The new design from Stertil-Koni, which is ALI/ETL certified, allows the user to capture an additional 19 inches of useable platform.  In addition, the system is available for installation on both surface and flush applications, and in painted version for general service, as well as in a hot galvanized version for wet environments.

Here’s why the new option is so powerful.  Explained Peter Bowers, technical support manager at Stertil-Koni, “While all platform lifts are required to have an automatic roll off protection system that deploys as the lift rises to prevent the vehicle from inadvertently rolling off the lift, traditionally, this roll off protection was in the form of a steel plate/wing that pivoted up/open under gravity, as the lift rises.  Unfortunately, this approach has two main draw backs.”

Continued Bowers,  “First, a substantial portion of the platform (typically approximately 25 inches) could not be utilized since the wheel needed to be a certain distance from the end of the platform to allow the automatic roll off protection system to operate properly.  Second, with the traditional system for flush mounted applications, the steel plate can scrape the concrete floor, deteriorating the concrete and its finishing layer.”  That is precisely why the Stertil-Koni engineers developed the new Reverse Roll-off Protection option.

Since the new Reverse Roll-off system does not transition between the lift platforms and the perimeter concrete, prior concerns about foundation deterioration from the action of steel on concrete are minimized. Video of the Reverse Roll-off Protection system from Stertil-Koni.

Stertil-Koni, a brand of the Stertil Group, is the global market leader in heavy duty vehicle lifts – bus lifts and truck lifts – and is the preferred supplier to the world’s leading companies in the truck and bus industries. Stertil-Koni's breadth of products meets all ranges of lifting needs and includes mobile column lifts, two-post, four-post, in-ground piston lifts, parallelogram lifts, half-scissors and its innovative axle-engaging, in-ground, scissor lift configuration, ECOLIFT. Stertil-Koni is also now installing DIAMOND LIFT across North America, a full rise telescopic piston lift designed to set new standards in precision heavy duty lifting. Stertil-Koni USA is headquartered in Stevensville, Maryland. Stertil-Koni has production facilities in Europe in The Netherlands, and in the USA in Streator, Illinois.