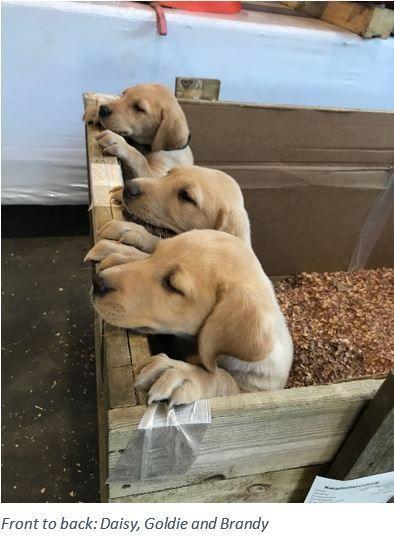 If it’s April, it must be puppy month at Stertil-Koni. Four members of the company’s team have been showered with a total of five new additions to their families: Winston, an English Springer Spaniel, Rocky, a miniature poodle and three Yellow Labrador Retrievers, Brandy, Goldie, and Daisy.

Robyn Collier, warranty coordinator, started the trend when her cousin’s dogs had a litter of nine yellow labs – seven girls and two boys. The three 11-week-old Stertil-Koni labs are all female. 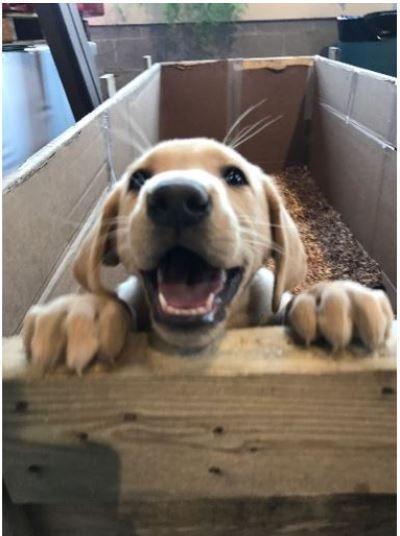 Her son Chuck Collier, whose dog is named Daisy sometimes visits the company’s warehouse with her sisters. His motivation is crystal clear: These pups are adorable and he and his wife wanted a pup to grow up alongside his 16-month old daughter, Jayden. And then there’s warehouse manager, Dave Ziegler, who has always wanted a Labrador retriever and shares Brandy (right photo) with his daughter Emma, a part-time intern at Stertil-Koni. And Robyn just loves dogs. Her pup Goldie is now a playmate for her five-year-old Black Lab, Princess. 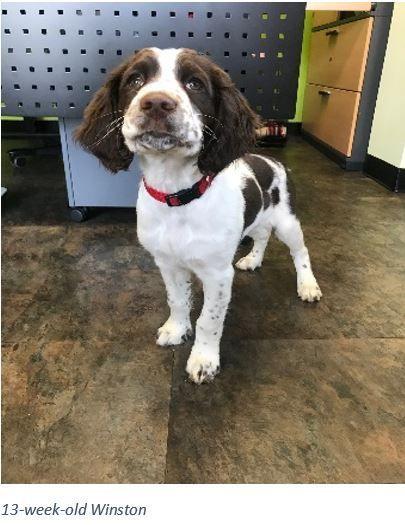 The only male in the crowd, Winston, belongs to Cindy Koene, who is a prominent player in the Accounting Department at Stertil-Koni. The 13-week-old spaniel follows Cindy wherever she goes when everyone is lucky enough to have him visit. Cindy tells our news team that her family got the little brown-speckled fellow as a companion to their Boykin spaniel, Ranger. Winston has become an energy generator for Ranger; the six-year-old is more active, playful and curious since his little friend arrived.

But there’s more: Operations Manager Paul Marks and his wife have a 13-week old pup. Rocky stays at home with his wife, Marlene. The miniature poodle is a “spitfire,” says Paul. Two-year-old Teddy, their other poodle, is actually Rocky’s brother – same parents – 2 litters apart. The two brothers often play. Paul says “the little guy is the instigator, but they play well together.” 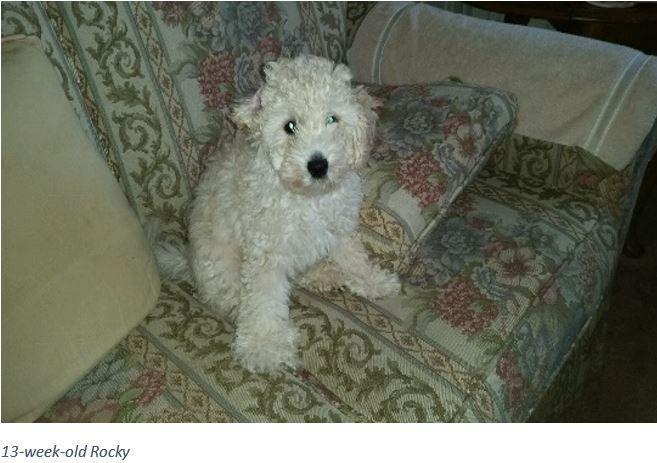 Filled with sisterly and brotherly love, these five young dogs really are part of the growing Stertil-Koni extended family.

So if you’re planning a visit, bring treats!