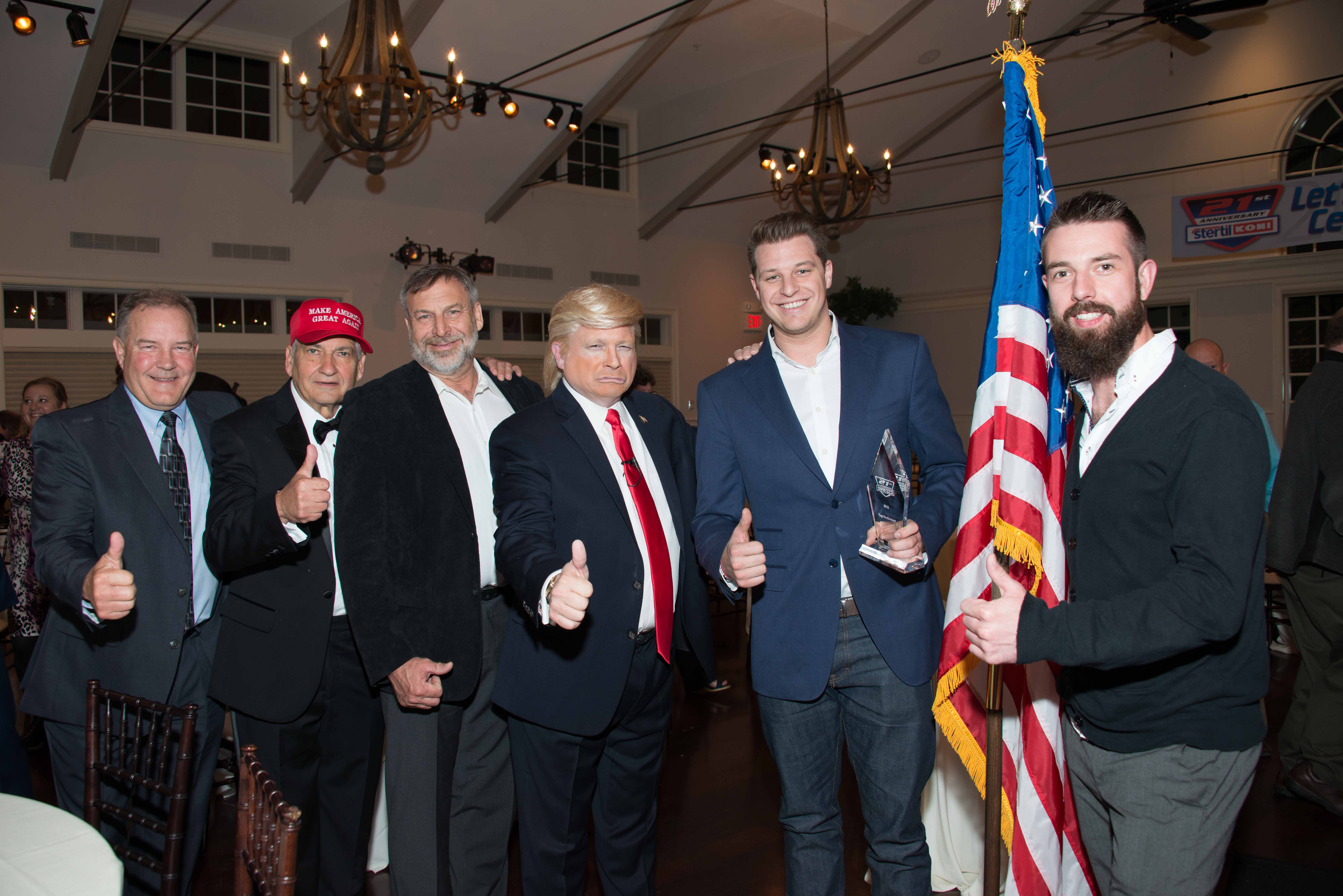 Who is that celebrating with Stertil-Koni employees and guests at its 21st Annual Distributor Meeting? He certainly looks and sounds a lot like the President of the United States, but in reality, it’s none other than John Di Domenico, considered one of the world’s top Donald Trump impersonators.  He recently entertained the crowd at the Stertil-Koni annual awards dinner, held in Stevensville, MD. Di Domenico also recently took top prize as the best Donald Trump impersonator at the Los Angeles Laugh Factory competition.