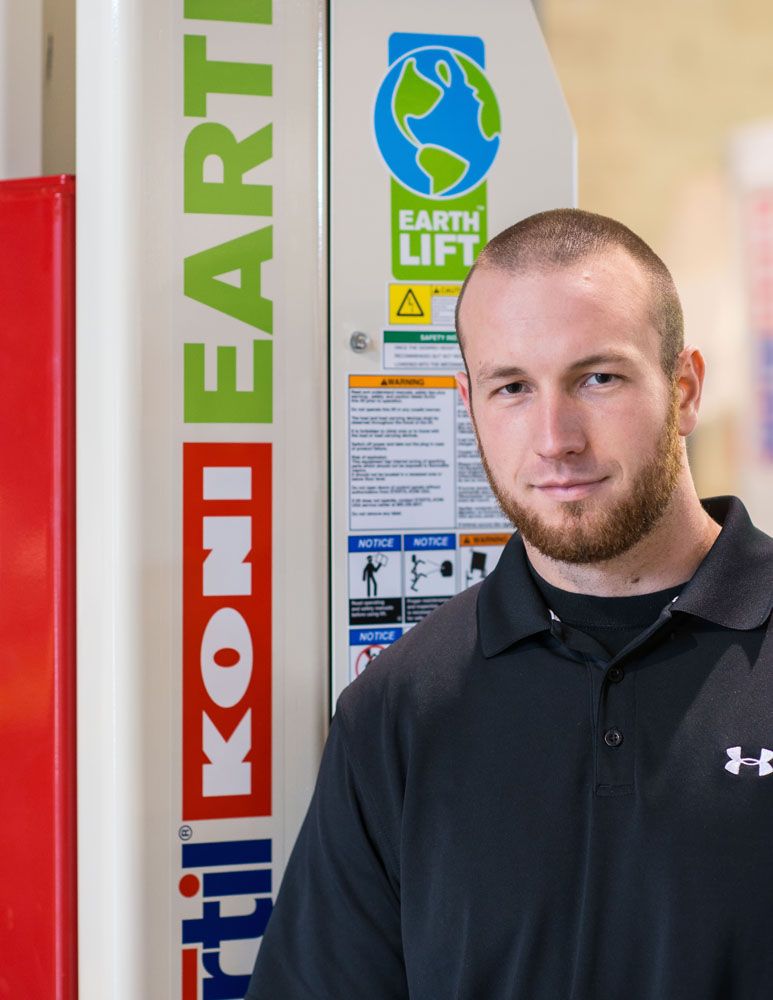 Stertil-Koni’s Nick Narvesen can teach us a lot about the “American Dream.” His hard work, dedication, and persistence have earned him a bachelor’s degree in Business Management from the University of Maryland University College – all while holding a demanding, full-time job.

Ever since Nick stepped through Stertil-Koni’s doors five years ago, he’s been achievement-oriented. Nick worked his way up from the warehouse, to the service department, and now serves as the company’s logistics specialist – helping to coordinate the complex process of overseeing fixed equipment ordering, lead times and coordination between manufacturing, distribution and product delivery. He began working part-time while he attended classes, then moved on to full-time work and utilized UMUC’s online studies.

And one’s thing is for sure: Nick keeps moving forward. Along the way, he became a single parent of his 6-year old son and his responsibilities at Stertil-Koni continued to expand.  That’s what firmed his resolve to earn his degree – he knew he had more to contribute.

That’s why May 2017 feels so sweet. After seven years, he reached his goal.

“You’ve got to have a degree,” says the soft-spoken Nick. “You cannot grow without one.”

“Nick has been a quiet, star performer at Stertil-Koni. He is always pushing to improve his performance,” noted his supervisor, Kevin Hymers, director of operations at Stertil-Koni. “When Nick left the warehouse, he moved into the service department. He worked to systematize the part requirement portion of that position and was eventually advanced to logistics specialist. Nick still helps out wherever he is needed, be it in the warehouse, assisting with equipment assembly, or covering for other employees on vacation. For Stertil-Koni, this is a true win-win.  We are pleased to have helped contribute to his professional and academic achievements and know that he is well on his way to doing a lot more.”

Before his recent accomplishment, Nick also received an Associate’s Degree in Business Administration from Chesapeake College in Wye Mills, MD. And today, he has a fiancé and coaches his son’s T-ball team. Nick is well on his way toward his American Dream by achieving success and prosperity through his hard work, determination, and initiative.

I am so proud of you Nick. You are a great co-worker and family man. I am sure your family is proud of you also. Reach for the sky there's no stopping you if you want it. You are a good roll model for your son and I know he's proud to tell everyone you are his DAD.

Congratulations Nick, well done. You are a real team player. SK Is fortunate to have you as one of their own.

Haven't seen you in many years. A wonderful article.
Your achievements are notable.
The company executives have high praise for you and expect a great future with the.a big hug to all.