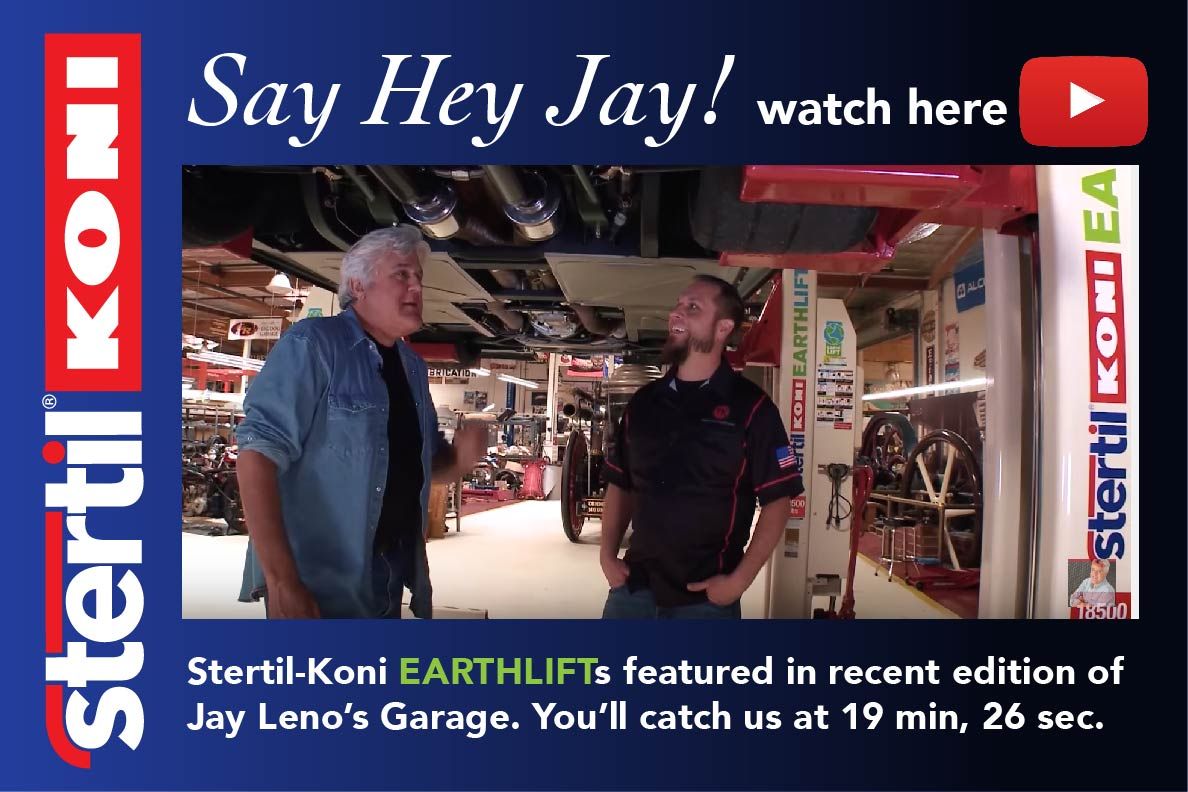 Jay Leno, recognized worldwide as a prominent TV celebrity, talk show host and comedian who is particularly passionate about getting under the hood of, and behind the wheels of, classic and modern vehicles in his post-Tonight Show life – has his very own “Jay Leno’s Garage” TV series, broadcast on CNBC and available online.

And, when it comes to lifting these distinctive cars and trucks in the expansive Burbank, CA, workshop, Jay chose one product that is always up to the task — wireless mobile column lifts from Stertil-Koni.

In the show, Jay uses a set of four Stertil-Koni EARTHLIFTs to raise a souped-up 1965 Ford Mustang. Recognized as the industry’s first “green” mobile column lift, EARTHLIFT has columns made from components that are 98% recyclable, uses bio-degradable oil, features batteries that are 100% recyclable, and employs an Active Energy Retrieval System delivering 35% more lifting cycles at maximum load.

Jay noted that Stertil-Koni’s vehicle lifts catch the eye of many a visitor to his garage. In the episode dubbed “1,000 HP 'Vicious' 1965 Ford Mustang,” he tells Jason Pecikonis of Timeless Kustoms, as they stroll under the restored sports car, “Whenever guys come into the shop, they are not impressed by what we are working on, they are impressed by these lifts.”

Thought Jay was an American