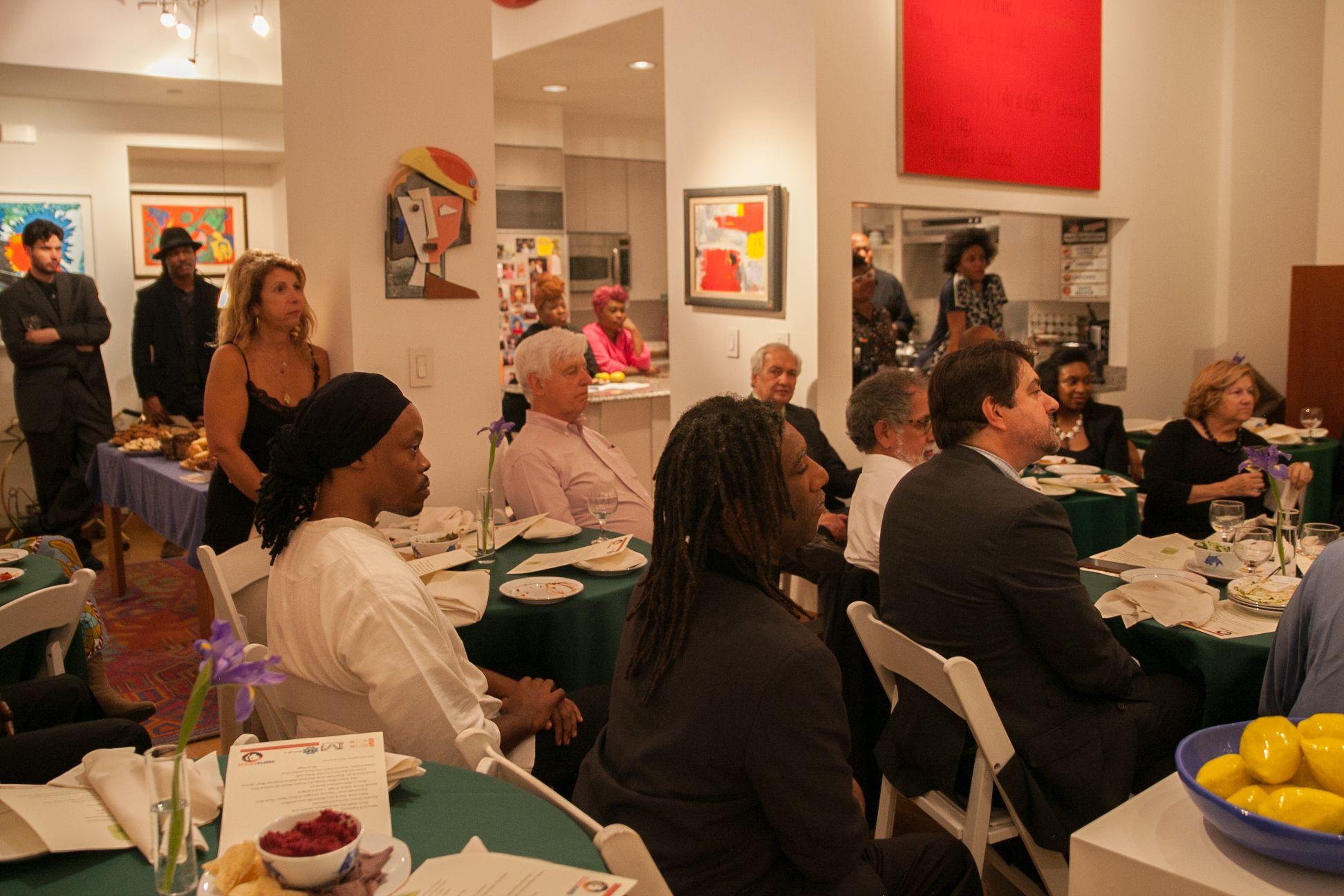 An intimate group of guests enjoyed a fun evening of food and entertainment in New York City’s hip Tribeca neighborhood on October 13, all while supporting arts education for disadvantaged children.

Stertil-Koni President Dr. Jean DellAmore (left photo) was proud to attend the annual fundraiser for Brooklyn-based Bailey’s Café, which was hosted in the private home of friends of the nonprofit organization.

Founded in 2003, Bailey’s Café is a 501(c)(3) charity is dedicated to providing creative and collaborative environments to disadvantaged communities across New York City, by working with local leaders and inter-generational volunteers and using the arts as a conduit to focus on community building.

Supporting that effort and entertaining the evening’s guests was Shana Tucker (cover photo) and her band, who played a mélange of blues and soulful music.

Some of the students Bailey’s has helped also attended the gala dinner, and they described how the friendly community fostered by the charity, and the arts instruction has made a positive difference in their lives. The students shared how they had found confidence and personal growth through participation in acting, video making, writing, the fine arts, dance, cooking, and community service.

The Café is devoted to creating an atmosphere of collective awareness, respect, and responsibility, built on the talents and resources of the community, says Stefanie Siegel, the director of Bailey’s Café.

“We would like to thank Stertil-Koni for their continued support of Bailey’s Café,” said Siegel, who added that the company is one of the charity’s premier corporate sponsors.

Last year, Bailey’s raised about $22,000 at its annual fundraiser, and this year the organization is hoping to add to that total. That funding is critical to the nonprofit’s year-round activities, which include after-school programs and a popular summer camp.

Bailey’s has also been sharing its space in Brooklyn and working with other community groups, such as local minority Veterans and the Black Girl Project, which teaches young women creative writing, meditation, and other forms of self-expression and empowerment.

This fall, Bailey’s is starting a new arts program for fifth-grade girls in at-risk schools. The charity is also increasing its work with young adults to get them more involved in the community.

“Stertil-Koni is very proud to be a supporter of Bailey’s Café,” said Dr. DellAmore. “It was also wonderful to attend the event, which highlighted the impressive talents of local artists and musicians. It was a vibrant, energized evening that celebrated the use of the arts to promote social and economic justice for all.”

“Baileys is like a family,” said 18-year-old student Myra Salley, who participated in Bailey’s programs for years and credits the charity with helping her get into college, at Eugene Lang College at The New School. “Here you don’t have to put on a mask; you can let your problems go and be yourself.”