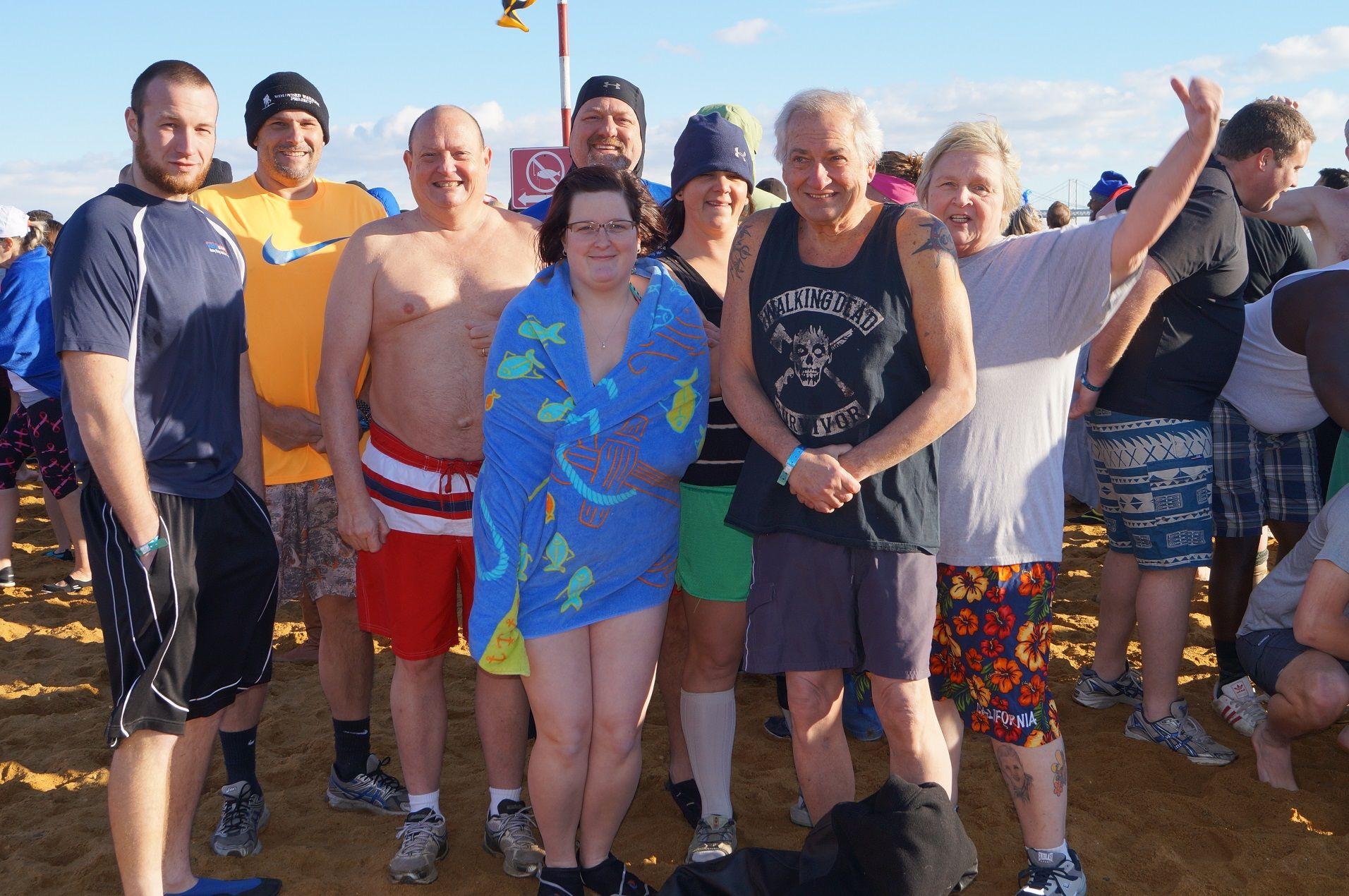 Ten intrepid Stertil-Koni team members and supporters braved the icy waters of the Chesapeake Bay on January 29 to help raise money to support Special Olympics athletes from the state of Maryland. The team raised $1,000 in the first attempt by the company.

It was the 20th annual running of the Polar Plunge in the Bay, a popular two-day event that has raised $1.8 million dollars for the Special Olympics this year, from organizational teams and individuals.

This year’s Stertil-Koni team was the brainchild of Kevin Hymers, the Director of Operations.

“It’s a great social and bonding experience for our team and a wonderful way to help support local Special Olympics athletes,” said Hymers.

On a cool, overcast day, Hymers and the Stertil-Koni team sprinted into the picturesque bay, splashed around, enjoyed some laughs, and then hurried back to shore to warm up.

Dr. Jean DellAmore, president of Stertil-Koni, said the plunge wasn’t as cold as he had expected. And it was a lot of fun.

“It was great to do the plunge as a team, and to support our local community,” said DellAmore.

“After 15 minutes of being uncomfortable, we earned bragging rights for a year,” said Hymers.

Hymers and DellAmore were joined by Matthias Lennemann, Matt Murray, Robyn Collier, Nick Narvesen, and David Ziegler from Stertil-Koni, as well as friends and family.

“Once people saw how much fun we had they have been telling me they want to join us next year,” said Hymers. “So I’m hoping we’ll have an even larger team.”