Chuck Bauerschmidt of City Lift & Lube is Stertil-Koni’snewest distributor, offering outstanding sales and service in the heavy duty lifting industry in northwestern New York. Based in Rochester, Bauerschmidt has been working in the lift business since he was 15 years old, following in the footsteps of his father, uncle, and grandfather.

Bauerschmidt had spent 15 years working with Stertil-Koni’s industry-leading products, including completing numerous installations of in-ground lifts, before he took a hiatus.

“But now it’s good to be back,” said Bauerschmidt, who re-joined the Stertil-Koni family a few weeks ago.

And Bauerschmidt knows a thing or two about the importance of teamwork and charting a winning course He is an avid team sailor who has competed in Olympic trials and is a former world champion.

“I don’t know of a better team sport,” said Bauerschmidt. “You are working in complete unison. Each member of the six-person crew has a job, and if one person messes up, it is the difference between winning and losing.”

Bauerschmidt calls his successful teams “well-oiled machines,” a term that applies to both Stertil-Koni’s award-winning products and the people behind them.

Bauerschmidt on the rail with crew after winning Worlds Championship, Golden Feather, in 1999.

Bauerschmidt has competed against the top sailors in the world, from big-name professionals like Dennis Connor to elite clubs from many countries.

He even beat media mogul Ted Turner and his son in a meet. To get to that level, Bauerschmidt spent many hours practicing and training, including hitting the gym and watching his diet.

Proving his mettle in grueling endurance contests, Bauerschmidt competed in multi-day regattas from Newport, Rhode Island to Bermuda, and from Massachusetts to Nova Scotia.

“It’s great fun, and I have been exposed to some amazing places and have made great friends around the world,” said Bauerschmidt, who has competed from Europe to California. 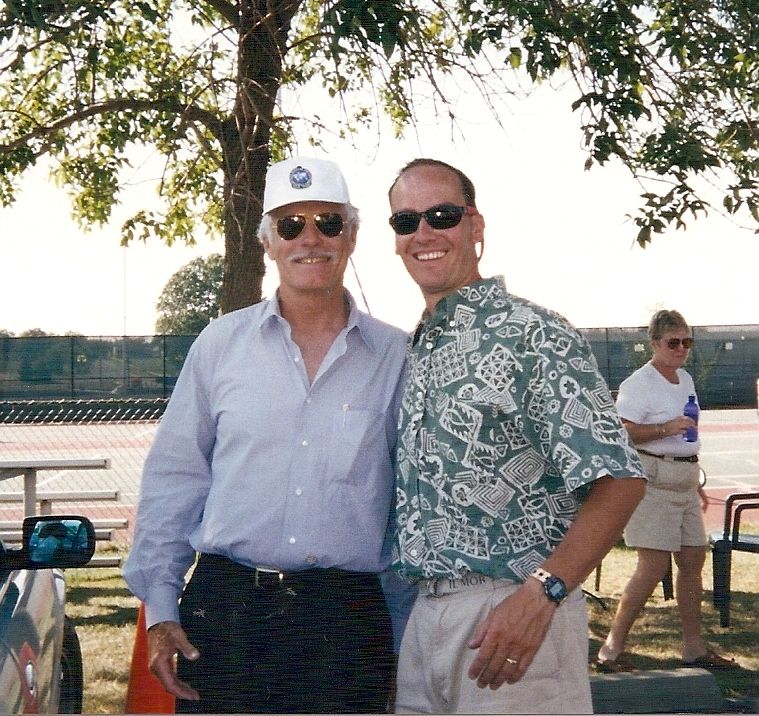 In addition to the value of teamwork, Bauerschmidt has learned the importance of strategy, discipline, and safety—all attributes that serve him well in the business of vehicle lifts. Another key lesson is perseverance. In a long race, Bauerschmidt and his teammates might spend as many as five days on the ocean, battling fatigue and uncertain weather.

“I was a world champion, and that’s a great feeling,” said Bauerschmidt.

Encouraged by his parents, Bauerschmidt has been sailing since he was seven years old. He began competing seriously in grade school, soon traveling across the country. When the weather was too cold to sail, he competed as a ski racer.

Bauerschmidt still enjoys getting out on the water, sometimes taking his wife of 24 years, Eileen, and his daughters, Hannah, Ellie, and Aidan. His wife serves the community as a teacher who specializes in educating those in prison. Hannah attends college in Louisiana and Ellie will start college in Pennsylvania next fall.

Concluded Dr. Jean Dellamore, president of Stertil-Koni,“We are very pleased to work with Chuck Bauerschmidt and City Lift & Lube, who know how to compete, win and offer the finest service to their customers.”