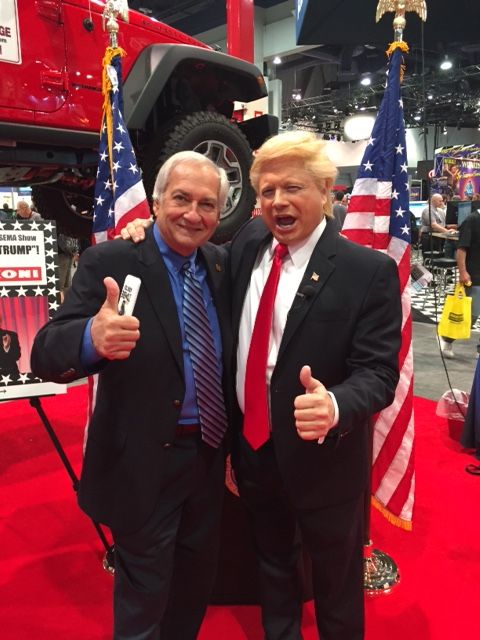 Stertil-Koni, the #1 leader in heavy duty vehicle lifts, brought a variety of “lifts” to the annual SEMA Show in Las Vegas. A surprise entertainer elevated spirits and a Jeep raised and lowered atop a set of two Stertil-Koni mobile column lifts with a special front, and rear adapter setup attracted a large crowd during the event – attended by 150,000 car enthusiasts over the four-day exhibition.

“In the midst of a serious presidential election, we brought the very likeness of the self-proclaimed winner to ‘lift’ our spirits at the SEMA Show. If you see John Di Domenico, you’d think you were listening to ‘The Donald,’” notes Stertil-Koni President, Dr. Jean DellAmore. “Innovation, safety, and Stertil-Koni go hand-in-hand, but a jolt of fun can elevate the message.” 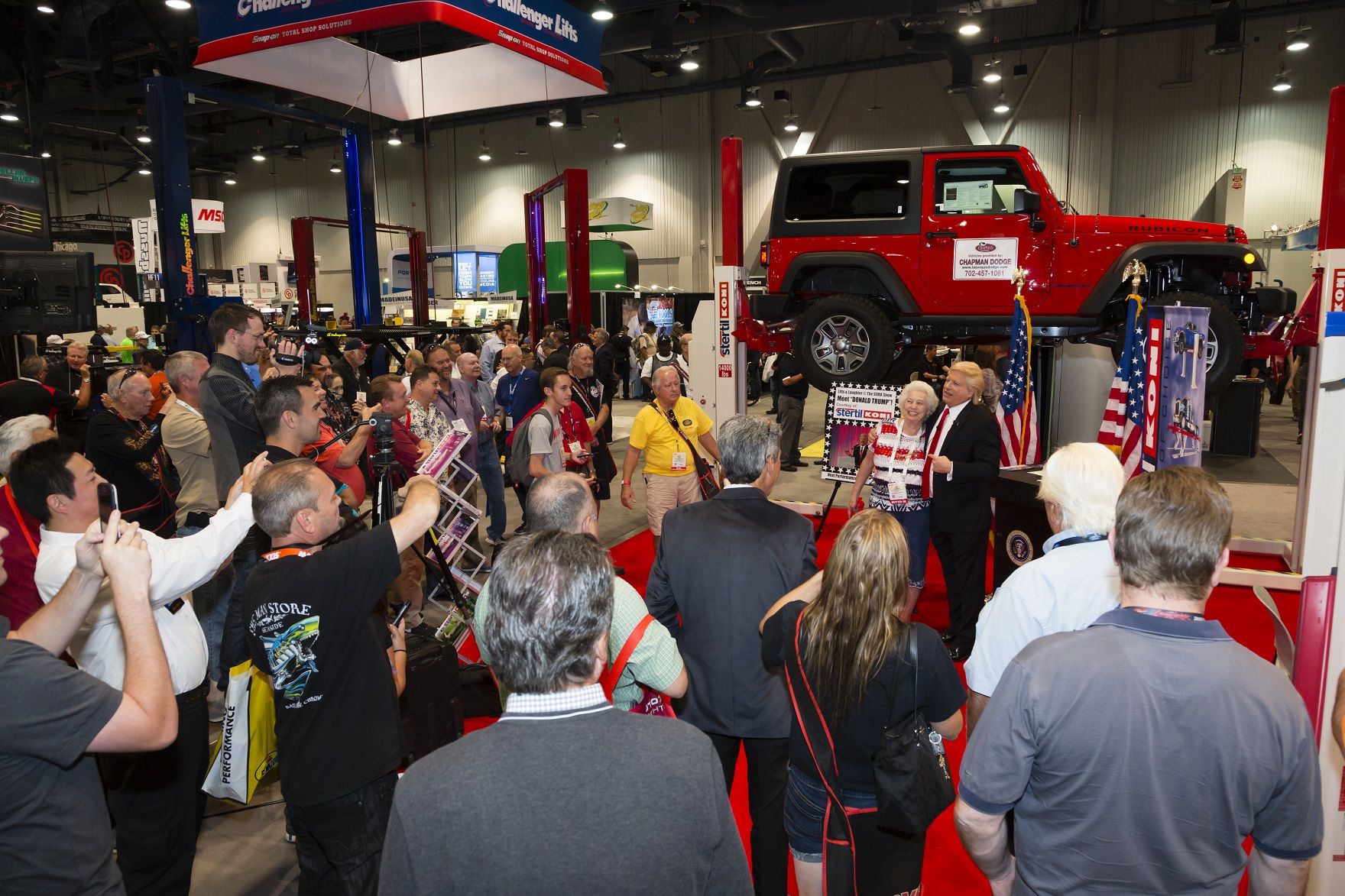 Stertil-Koni’s visitors were amazed by the spot-on mannerisms and inflections of Di Domenico’s portrayal of the real-estate mogul. The crowd relished his amusing banter and whipped out cell phones for copious photos of the entertainer and a red Jeep perched atop Stertil-Koni heavy duty lifts.

Crowds were also drawn to the on-site demonstration, of the lifting and lowering of Stertil-Koni mobile column lifts. The new ST 1064 mobile column lift debuted at the trade show. The ST 1064 has a full-featured lifting system at a slightly lower capacity level (14,000 lbs. per column or 56,000 lbs. for a set of four) with a more attractive price point to match. Perfect for lighter vehicles and trucks.

ABOVE RIGHT: John Di Domenico entertains a throng of people at the SEMA Show in Las Vegas.