Three Stertil-Koni team members, in true company fashion, lifted their performance and demonstrated their fitness and determination when they recently completed the second annual charity 10K run Across the Bay.

The run and walk over the beautiful Chesapeake Bay in Maryland took them some 190 feet above blue waters, in support of local nonprofits, including the Chesapeake Bay Foundation and the Benedictine Foundation. Race organizers say it is the 6th largest 10k run in the country. 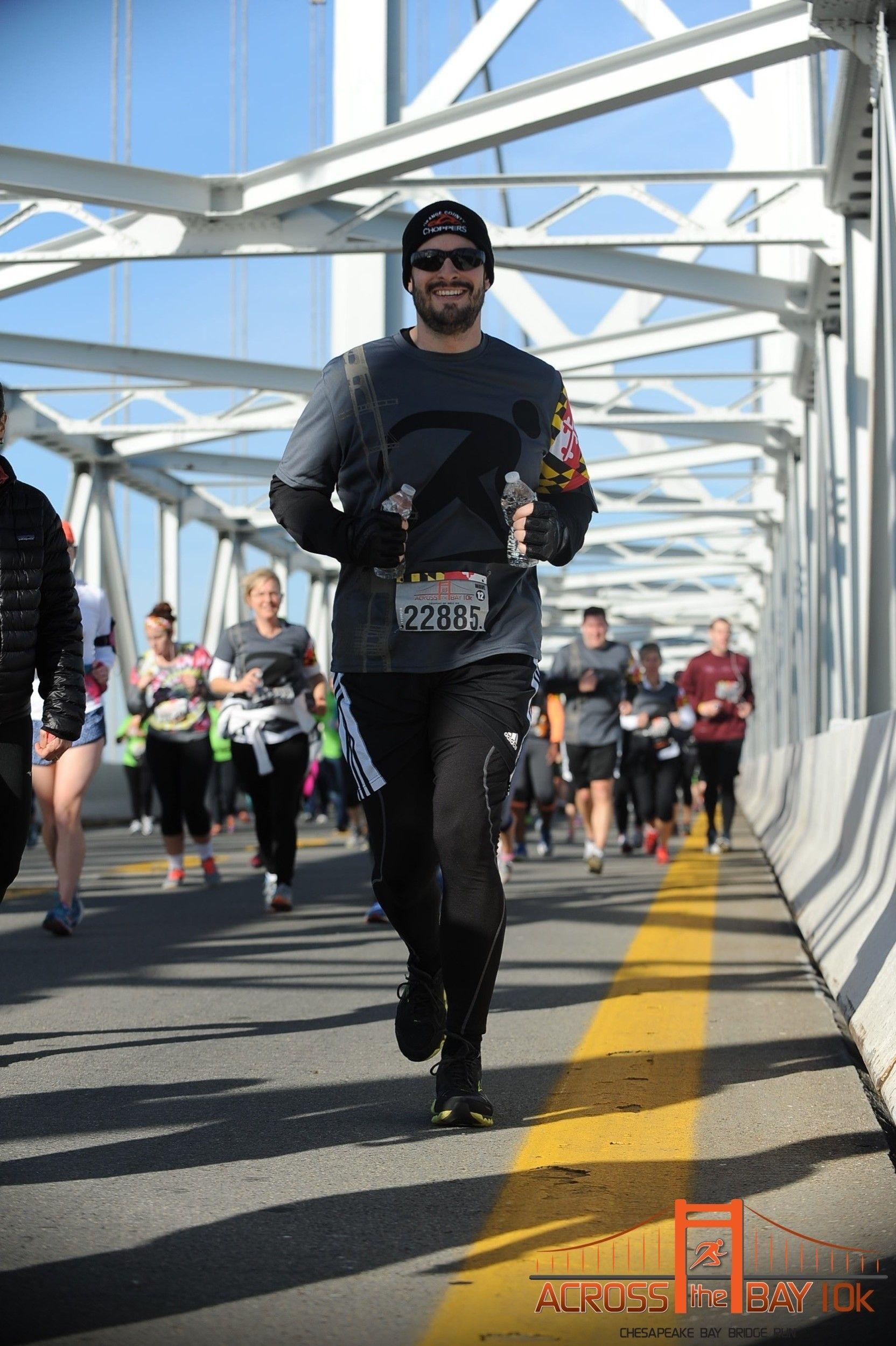 “The weather was perfect, it was warmer and even better than last year,” said Matthias Lennemann, who works as a Sales Manager for In-Ground Lifts for Stertil-Koni.

“And this year, the race felt much easier than last year,” Lennemann added, proving the power of preparation. 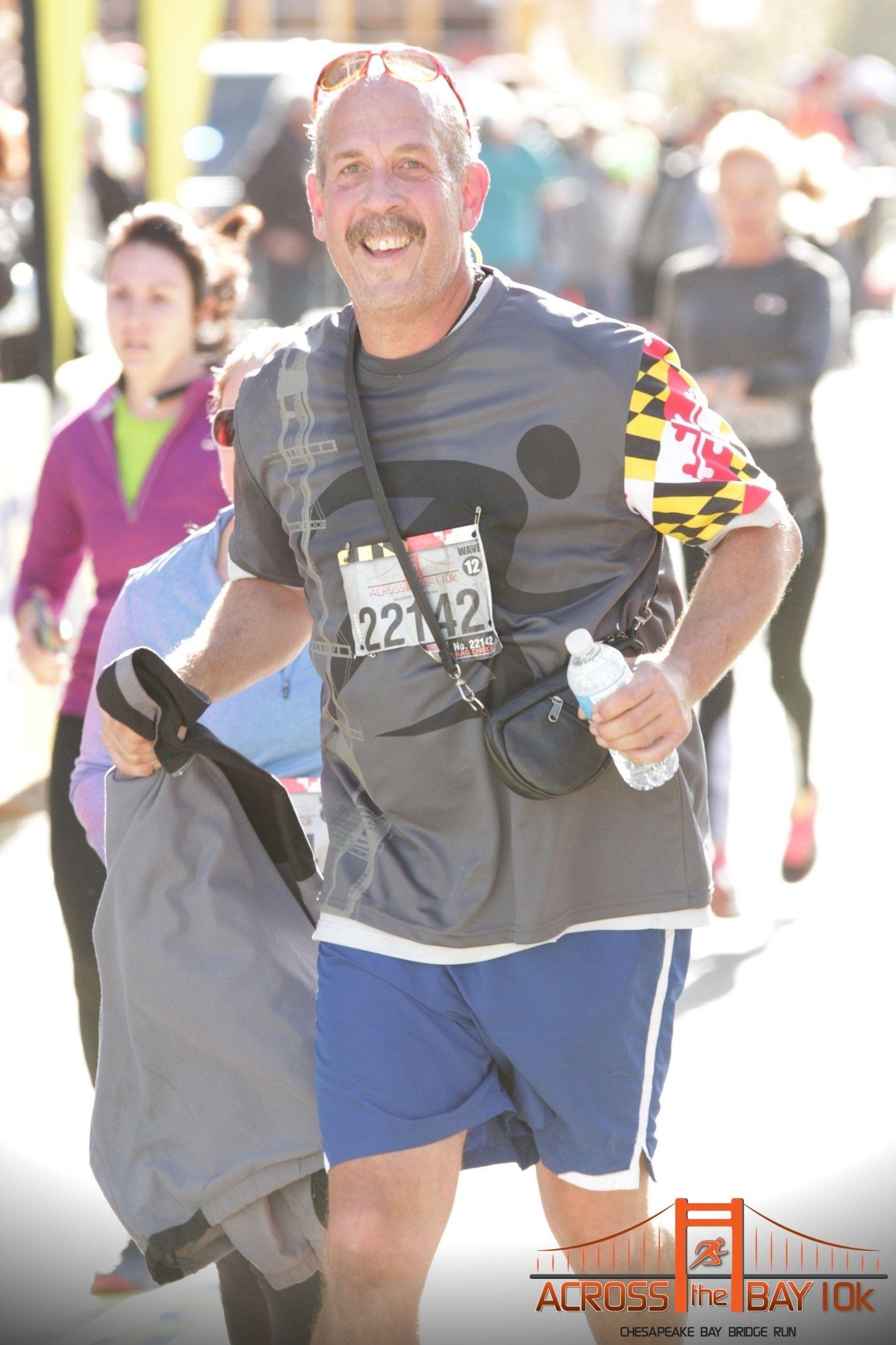 “It was a great day to run, and we were proud to make it across the finish line in less time than last year,” said Bowers.

An experienced runner and cyclist, Stertil-Koni’s Paul Feldman bettered his run from last year, too. In 2014 Stertil-Koni’s Marketing Director finished fifth in his age group. And this year, Feldman pared nearly two and a half minutes off his time, coming in at a 7:14-mile pace. That’s in the top 4% of the 21,000 runners! 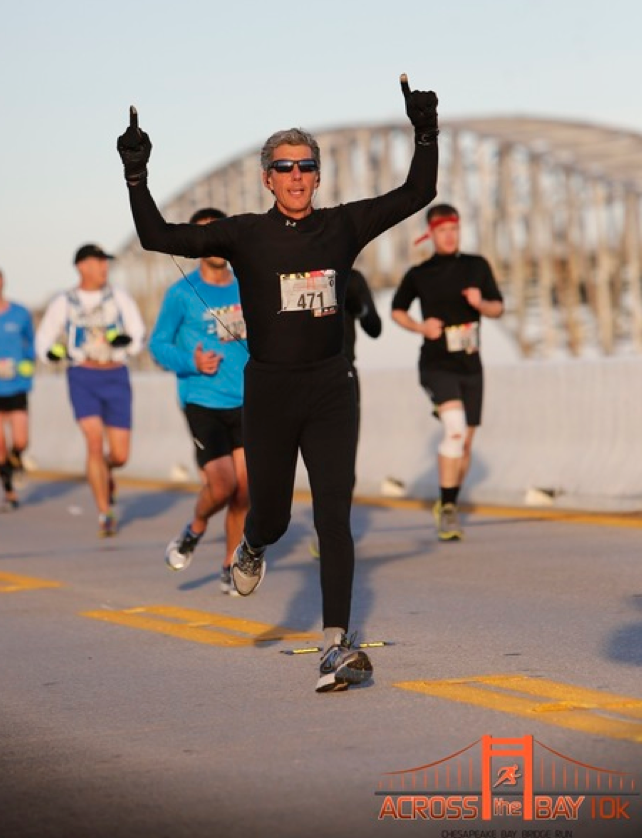 “The event was very well organized,” said Lennemann. “Paul was in the first wave, so he was done and back at the breakfast table before Peter and I even started.”

This year, the Stertil-Koni runners were joined by several family members, including spouses and children. The group hopes to recruit even more participants for next year. “The finishers’ party was a couple hundred feet from our office in Stevensville, so it was a lot of fun,” said Lennemann.

Lennemann said the feeling of accomplishment from the run has even inspired him to sign up for a half marathon. “I got infected with the runner’s virus,” he said. “I’m motivated to keep going.” Sounds like a real lift!