As a Stertil-Koni National Account Manager, Rick Palmer (left) is taking the company to new heights. He is used to hanging around the stratosphere because Palmer is also a licensed commercial pilot.

Palmer lives in northeast Ohio near the shore of Lake Erie. And when he isn’t helping some of the country’s biggest companies lift their fleet vehicles for service, you might find him at a friend’s winery, where he gives rides to the public in vintage aircraft. 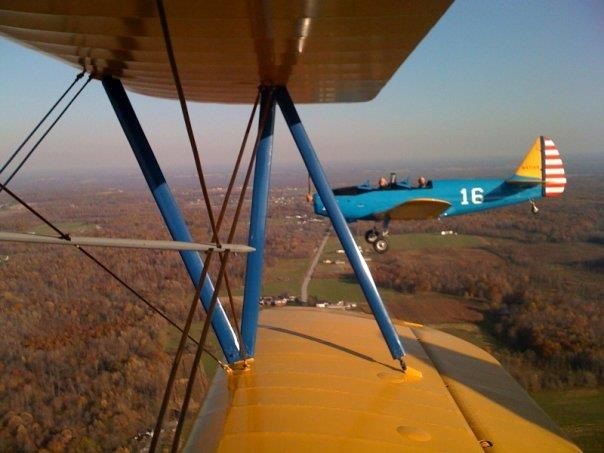 Palmer was trained in the military and flew commercial routes in Europe, so he knows how to handle a range of aircraft, including hot air balloons. But his favorite is a Fairchild PT-19 open cockpit training airplane from 1941. He also loves soaring in a vintage Boeing biplane.

Since Palmer knows his way around a cockpit, he parlays his aviation experience into his work with some of Stertil-Koni’s top clients, which include airlines and logistics companies.

“The best thing about working for Stertil-Koni is the broad range of industry-leading products and the outstanding support,” Palmer added.

And the dedication runs in the family. Rick Palmer’s son Boyd recently took a position as Stertil-Koni’s Western Region Sales Manager in Phoenix.

Rick also enjoys spending time with his daughter, who lives in Chicago, and his grandchildren.