In Memory of Clancy Cornell 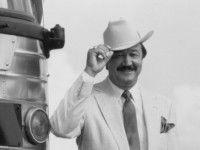 Clarence “Clancy” Cornell passed away on August 15th at the age of 85, surrounded by his family at home in Clermont, Florida. Cornell had built a successful luxury motorcoach business, ABC Companies, with his family over many decades.

Cornell fell in love with buses at an early age. Originally from Minnesota and then Nebraska, Cornell bought his first bus company in 1950, in Boone, Iowa. Over the years Cornell built ABC Industries with his wife Norma and then their two sons. The couple’s four children had grown up helping out the family business, by counting change and sweeping the floors.

Today, Cornell’s son Dane runs ABC Companies. The firm’s former chairman, Ronald Cornell, passed away in 2007. Several other family members are still involved in the company, including grandchildren and in-laws.

Cornell has been a key customer and friend of Stertil-Koni for decades.

“Clancy Cornell will be deeply missed,” said Rick Palmer, a Stertil-Koni National Account Manager who has known and worked with Cornell since the 1980s. “Clancy and ABC Companies were a hallmark of the bus industry.”

What was especially apparent was Cornell’s strong devotion to his family, as well as to the transportation industry and the wider community, said Palmer. The strength of the family’s relationships is part of what makes ABC such a great company, he adds.

“Clancy Cornell was a great friend and a pioneer in the transportation industry,” said Dr. Jean DellAmore, president of Stertil-Koni. “We at Stertil-Koni wish his family the best.”

Thanks to the author's very comprehensive description, I was able to completely fix my dilemma after reading this post. I posted my review on the https://resumecompaniesreview.com/, which you may read. Thank you so much for your time and consideration.