From Stertil-Koni to the Nation’s Library

When Dr. Jean DellAmore (left) isn’t leading a team of talentedStertil-Koni staff in the office or at a job site, you may find him leading a group of visitors through the Library of Congress in Washington, D.C. That’s because, since 2005, DellAmore has been a volunteer docent at the nation’s library.

“It’s an incredible institution that goes far beyond what people think of as a traditional library,” said DellAmore, who typically volunteers one day a month.

In addition to some 8.5 million books, the Library of Congress boasts the world’s largest collections of music, film, personal papers, and even comic books. The Library holds the archives of the nation’s first 22 presidents and an impressive number of antique musical instruments, among other artifacts, added DellAmore, who serves as president of Stertil-Koni USA in his day job.

DellAmore began exploring the library back when he was a graduate student and working on a degree in Sino-Soviet Studies at Georgetown. He was struck by the beauty of the library’s classical architecture and the immense amount of knowledge it contained. He particularly enjoyed finding rare books in the library’s cavernous subterranean stacks.

“There is the equivalent of many miles of shelves in the library, which is pretty incredible,” he said. 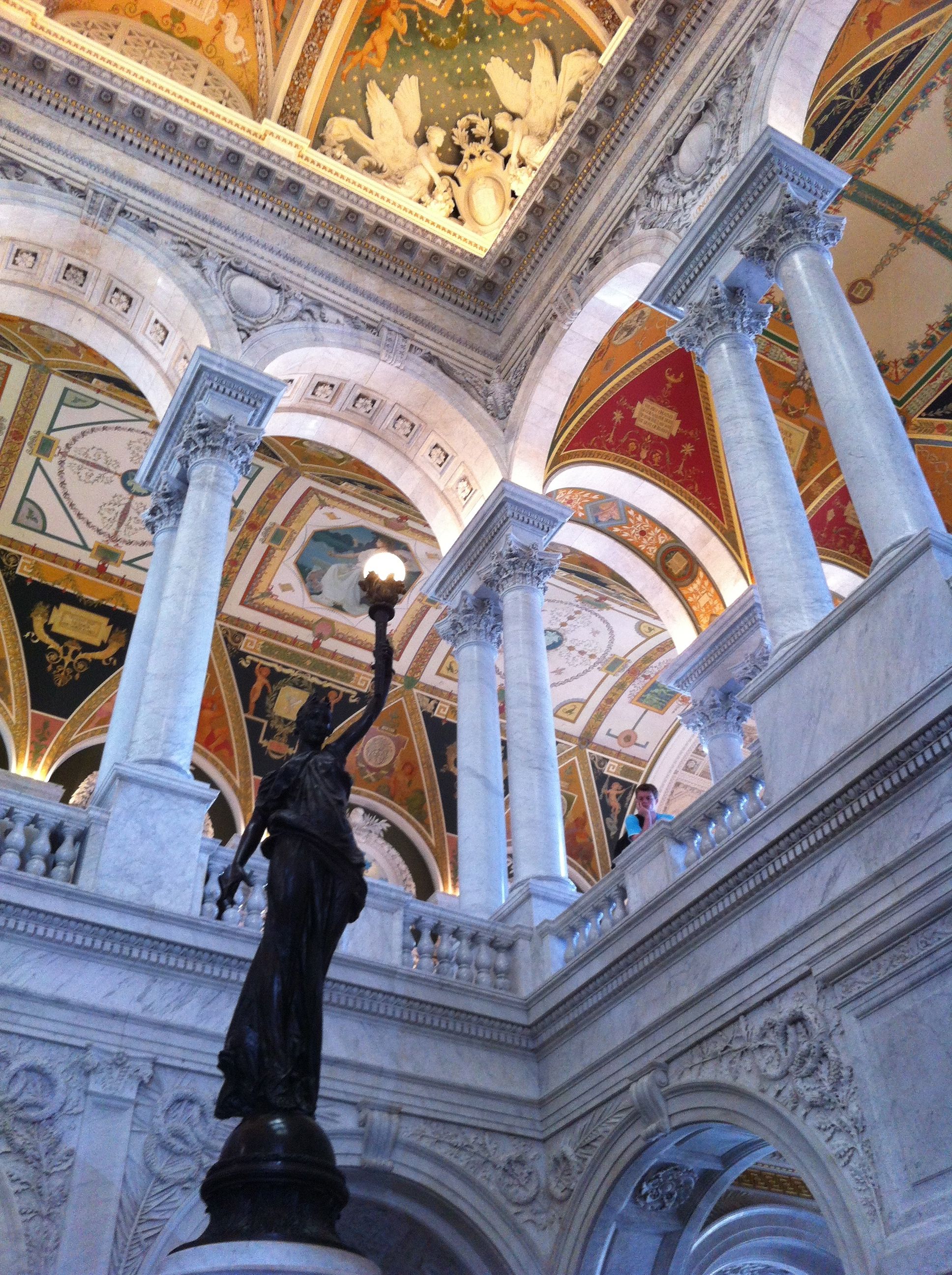 As a docent, DellAmore enjoys connecting visitors to a sense of history. Guests often ask to see a rare Gutenberg Bible or President Lincoln’s Bible. But DellAmore said his favorite part about volunteering is fielding unique questions from visitors with different interests, from art to history.

“People also want to know if the film National Treasure, with Nicholas Cage, was really filmed here,” said DellAmore. “It was, partly in the reading room, which is my favorite part of the Jefferson Building.”

To earn his place as a docent, DellAmore had to study up on the building and its contents over several months and pass a challenging exam. But it was worth it to share his love of the library with visitors from all over the world, he says.